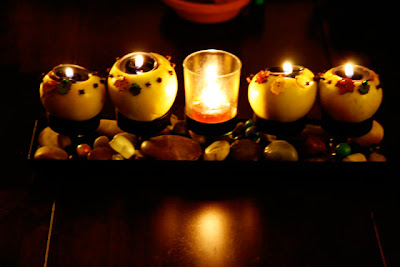 G asked the other day when we were going to make the apple candles. It is fall, after all, and we have been stopping at the orchard every week for a month! Which means of course we immediately went to gather the supplies and make some. 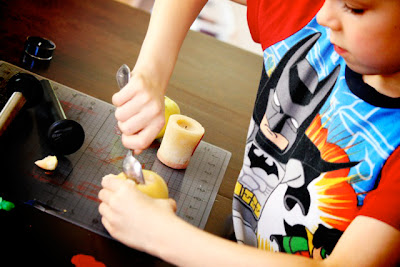 We found a few apples that were not the most perfect to eat. G first scraped out a little hole in the top. He used the apple corer to push an inch in and then popped that out and scooped with a spoon (a grapefruit spoon worked best, if you have one). His brother decided if there was apple gutting going on, he was making some too. 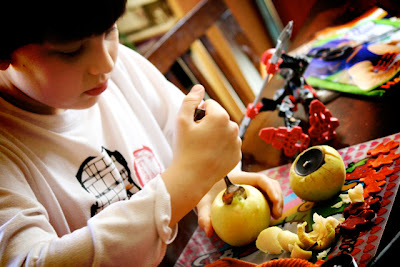 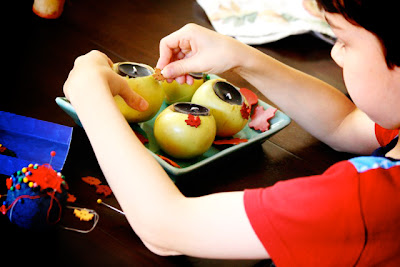 From there, he wanted to decorate them, so he found some fall leaf craft 'buttons' and using fat topped sewing pins, he pierced the apple to secure. He also studded a ring around the top with cloves. 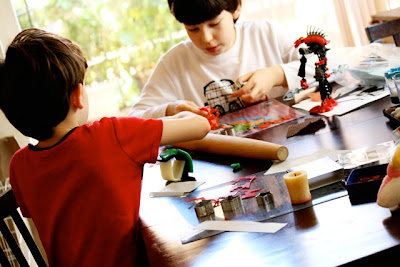 The final touches included cutting out some modeling wax in leaf and apple shapes to scatter around the holder. 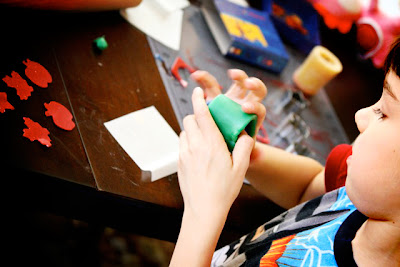 Done! Apple candles will last only a few days, but they look and smell nice! It gets dark earlier and earlier, and G loves when they are lit in the evening. 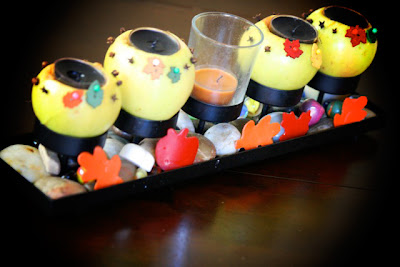 Our house is feeling more fall festive by the day - although G says we have a lot to do still! :)
Posted by denise at 9:40 AM

They are beautiful! I now have a great idea for lighting the festival candles in the Sukkah tonight!

So sweet! I'm thinking perhaps we'll do it this year--we have gotten a few imperfect apples in our organic bag lately--maybe next time we'll just gut one! ;)

How neat. So simple and lovely.