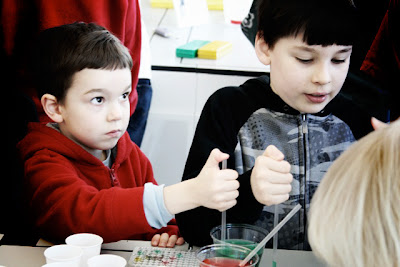 This weekend we had one day of perfect weather - Friday was snow, Sunday was rain, but Saturday was glorious. It was perfect for our outing to the UW-Madison Science Expeditions. This annual event happens all over the UW-Madison campus and includes exhibits, museums, shows, displays and interactive activities for kids. As you know A is our science boy, so we had to go! 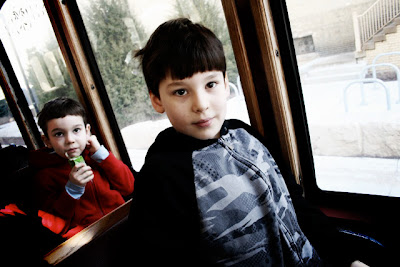 Both boys had a lot of fun, although A was just in heaven. We rode the trolley from building to building and visited so many great spots on campus...Physics Museum, Microbiology Building, Zoology Museum, and Greenhouse to name a few. 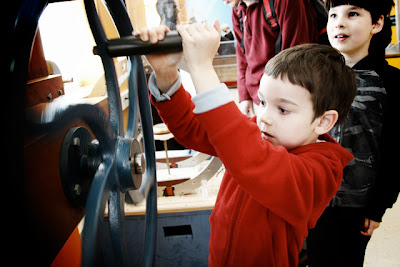 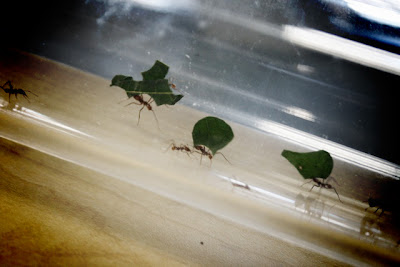 The main exhibit area had over 50 stations. We saw bio luminescent teeny tiny squid, learned how to use micro pipettes and did a few fun projects. Oh yeah. And did I mention robots? There were several robotics and engineering tables with Minstorms, battlebots AND even an autonomous robot. A even got to look inside to see the circuit board, motor and all the good stuff. I know he would have been happy only seeing robots and the physics museum, but it was nice to wander. 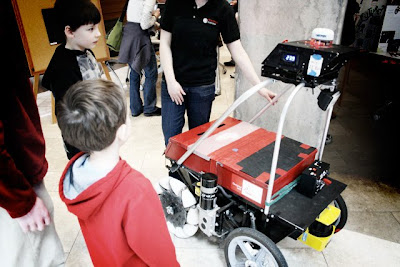 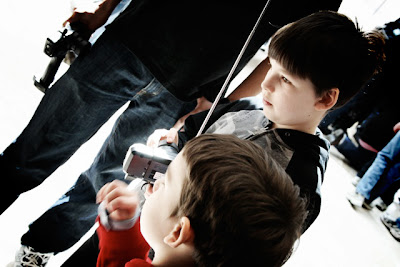 The main exhibit area was too many people for us, so we went in for specific tables (robotics!) and then focused on the trolley rides to the other science buildings which were not at all over crowded, and we got to explore and chat with UW students at every location. 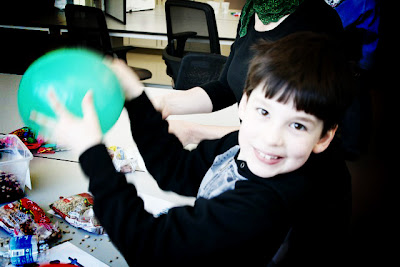 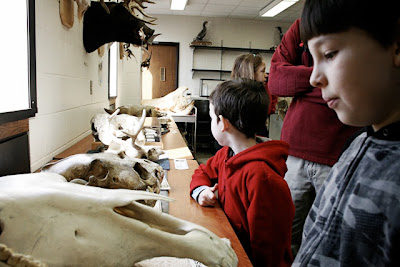 We were able to visit areas on campus we didn't even know existed - like the zoology museum and collection. A 'had' to go see it. We toured the collections and saw room after room after room packed with really old specimens...and heard about the flesh eating beetle population housed in the basement of that building. 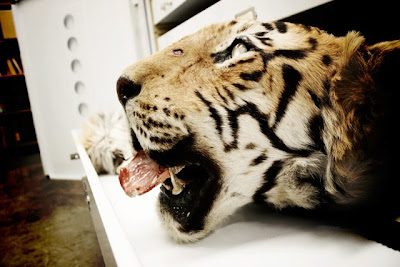 One tiger we saw was over 100 years old. The boys would not step foot into the large room full of thousands of jars of reptiles and fish (some very old!)...and I was the only one to go in there to look around. 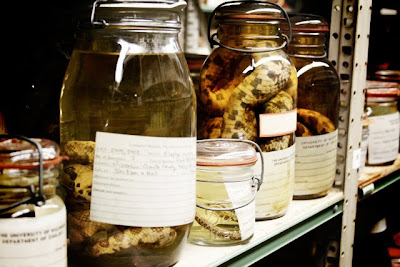 But still, in the end robots won the day. And the boys were only grossed out a few times (ohhhh, the throat and vocal cord exhibit!!!!). 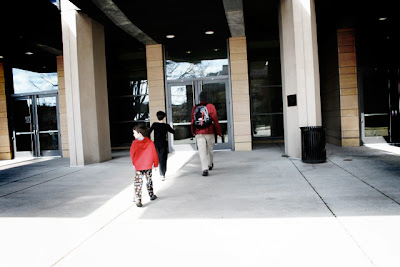 My little man would love this too. He goes to a Mad Science club every week and comes home with a head filled with ideas and experiments, and plenty of questions too. Sounds like a fab day out.

Fantastic weekend field trip - the boys look like they really enjoyed all the exhibits. Of course Owen would be happy to just hang out in the physics/robotics area all afternoon too !

Glad the weather cooperated for you.

What an awesome event! Sounds like something my Damek would definitely enjoy.

So awesome!! What an amazing trip...We have a so so science center in our town, but it could be so much better.

That looks like so much fun! I'm going to have to look and see if our UW (University of Washington) has anything similar to offer at some time.

What an awesome place! We need to check out the new expansion of our Science museum soon......next rainy day!

That place is AMAZING! Wow!!!

I knew I should have taken my boys and now I'm feeling terrible that I didn't...that looked like a whole lot of fun!

What a cool place to be able to go and look around.So much on display and so much to do!

What an awesome day for you all!! I must say, you are braver than I. I tend to avoid places on weekends.

Oh yeah. It was a one day a year thing, we went right when they opened, and we spent most of our time in the pretty much empty secondary buildings. A and I cannot do crowds, people, noise...it is way too much. And G is not supposed to be in crowds of kids again until pretty much after Mother's Day so he isn't exposed to any viruses. We definitely had a plan to manage it and I almost talked myself out of even going about 10 times. ;) But I am glad we went. We usually avoid things like that, but with science, we had to try!

Well good for you for braving the people! It seems you and I have a lot in common. And if Princess really wanted to do something, I would figure out how to handle it, too. ;)

What great opportunities you have over there!

So, so fun.
Especially nice in the variiety!

I'm missing our museum something fierce!
It's hard to go from visiting it once every couple of months to "not for over a year"!!

But the summer comes soon, and then hopefully they'll have the fabulous new one done in November. sigh.