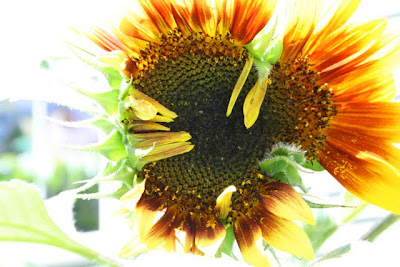 I have an admission to make. While I show images of colorful flowers and abundant fruit from the garden there is a seamy underside. No, not aphids or slugs (yet), but instead benign neglect. Yes, it is utter jungle chaos out there. My back went 'out' right at that exact time that the heat and rain came to spur the big summer growth, and I would have normally been out there daily weeding, pinching off, tying up or down. But all I could do for several weeks there was...water. And now it is just too late. By the time my back improved enough to do more, it was over! Overgrown, that is. There is no untangling what nature has accomplished. And she has accomplished. 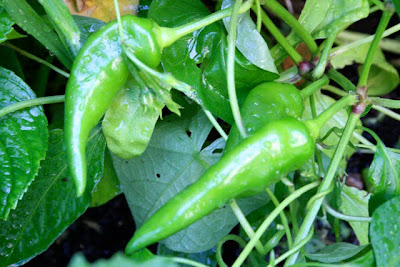 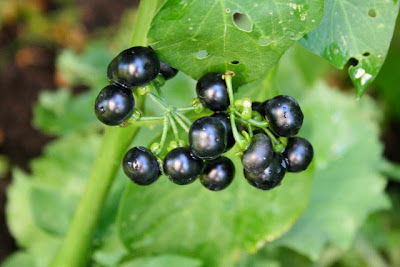 It isn't as though my neglect means that the garden isn't growing - that things are wilting or dying off. In fact, with all of this heat and record rain, well, it is growing really well on its own. Without my pinching and tying off it has developed impenetrable areas of mass growth. Vines and leaves, flowers and fruit. Cucumbers and beans are growing up the paste tomato teepee. Or, in another spot the cucumbers are growing right up the bush 7' in the air along with malabar spinach. Tomato plants are the size of European cars. Beans are up into the bushes. It is a jungle out there - a beautiful jungle. 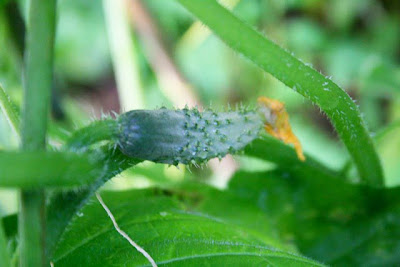 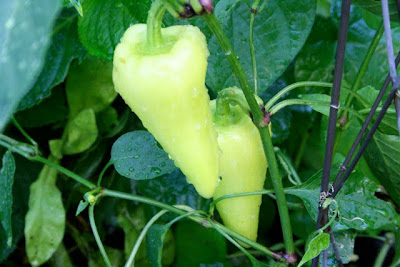 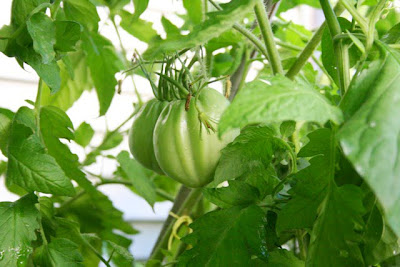 I don't know if I will get a record crop this year - while some things are benefiting, some probably are not. While I planted things with height/sun/shade/space in mind, it has gone a bit beyond that. ;) While some things may be slower going with all the extra greenery, I am still getting greens and peas in July with all of the cover they are getting. And I may very well have a bumper crop of tomatoes and cucumbers (if I can reach them!). But the squash is probably not getting the sun I intended when I planted it among the beds, thinking that growth would be more tamed and controlled, allowing more sunlight to penetrate. And some of my interspersed herbs are just plain covered by rampant growth from the plants above. But I do still have many growing fine - lovage, parsley, stevia, dill, parsley, lemon bee balm, fenugreek, borage and many others. I also have many volunteer plants that I would have pulled had I been able to get out a few weeks back. I have ground cherries and wonderberries! I think the red raspberries are poised to take over the entire alley side of our yard. The peppers have been loving this heat and have plenty of sun on the low-height side. And of course there are flowers - lots of colorful wonderful flowers. 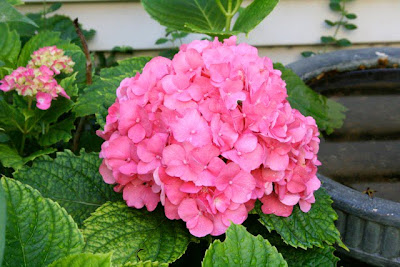 So while I am doing much better back-wise and can wander the garden again, I do so at the edge, peeking in and under, swatting at the mosquitoes, plucking beetles, watering when it doesn't rain -- a bit at a loss to what more I can do at this point, but in wonder at what it has done without me. 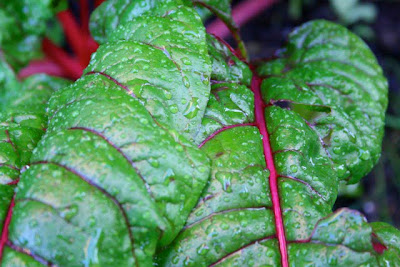 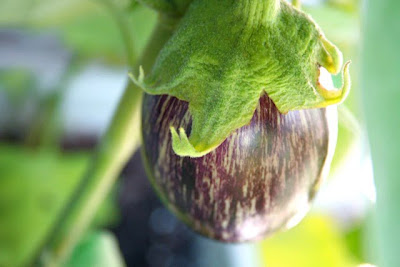 So, I admit it. The garden is a luscious chaotic jungle. And I'm OK with that.
Posted by denise at 11:31 PM

I'd say "luscious chaos" can only ever be a very good thing!!
:)

I would guess my neighbors would choose another word or phrase to describe it, but I'm good with 'luscious'. ;)

Oh I hope your back is feeling so much better... Gardens seem to thrive and survive on neglect. Every other year for the longest time our garden gets completely neglected, then as each subsequent baby gets a bit older so we get back into the dig of it!!! Have a good week!!!

I can completely relate. My garden has also been neglected. It's just too hot and there are too many fire ants, so I've been going out just long enough to pick green beans and then retreating back inside.
Your pictures are really lovely, though!

I think a bit of a jungle in a garden setting makes it all the more interesting...and more natural! I bet it's beautiful. :)

Perhaps it looks chaotic but wonderful work has been going on in your absence! Enjoy the bounty.

Well, it is gorgeous. I've definitely had years like that, where I don't do as much actual gardening as I should and things just grow and grow, and yes, it's okay. I'm still working on planning for huge, allowing enough space, shade, etc. (I just spotted a rogue squash in my front bed, you know, under the smokebush--thanks squirrels!) It all looks beautiful, D! I know you'll enjoy the bounty and do endless, incredible things with it all. Glad you back is on the mend, too.

My tomatoes are up to my shoulder but with very little fruit set yet. I am wondering what to do about them myself. We have had rain and some heat here too. I am sure the vegetables will grow with or without my help.

But at least you got the garden in!
I mean, that's a feat in and of itself! Weeds, schmeeds!
One year we didn't weed at all, whatever survived we planted every single year thereafter!
Enjoy your jungle! You're not alone in your weedy wilderness!
xo maureen

I'm glad that your back is feeling better. I often seem to lose interest in gardening around this time of year, and have had some experience with wild jungle gardens. ;)