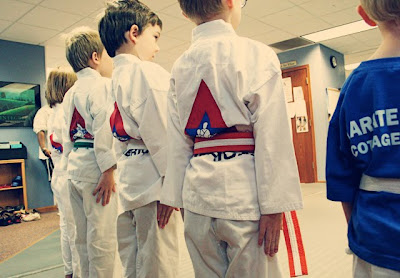 Today was belt-promotion day! But not for A...G was promoted for the first time to gold-white.

G has been interested in starting karate for a bit- he has been practicing at home with his brother for ages, and really has fun with it. We have to be careful - with his asthma issues, being exposed to cold & flu viruses usually is really rough on him, taking him down for weeks and often including nebulizer, inhalers, steroids and ER or urgent care visits to get him breathing again. So, we all thought that this summer would be a good time to try it out and see how it goes with all of that since it is not the peak virus season and he has had a pretty clean year so far - and so for the past two months he has been in karate! 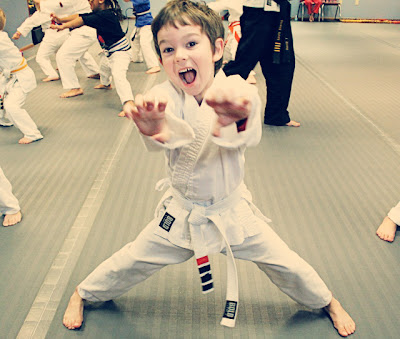 Today was his very first belt promotion. He is quite shy compared to his very outgoing brother, and was very nervous about today. We sat right behind him during his promotion, cheering him on. Of course his brother cheered the loudest when he was given his belt! :) 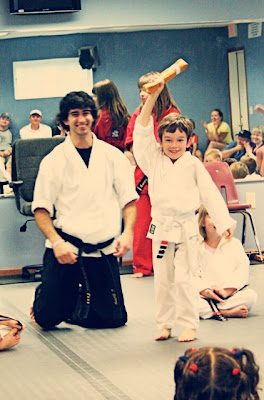 And his brother was the first to hug him when he came off the mat. 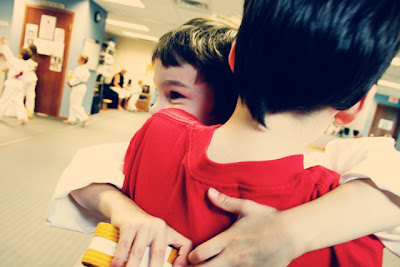 He was so happy to get this belt - he has been talking about it all week, and was so proud of himself today. Way to go G!!! 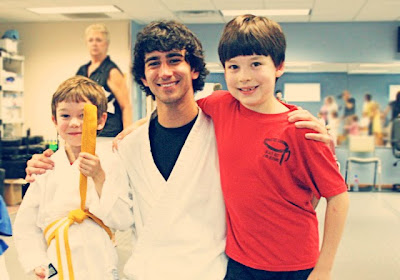 So great the boys get to share karate together! Stay well G!!