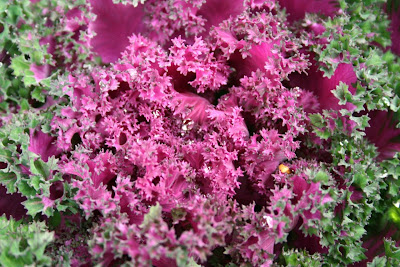 While the nights have been cold, we haven't had any hard freeze yet. So, while most of the heat loving plants are long gone, we still amazingly have a lot going on in our garden. As the sunflowers are picked clean by the goldfinches, we still have swiss chard, parsley, flowers, raspberries, chives, and many other goodies packed in with other interesting things like ornamental cabbage and millet (planted by Chipper, our resident chipmunk, all summer). 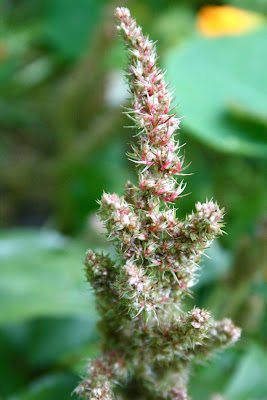 This weekend we do have some low temperatures coming along with rain and possibly snow, and if so, much of our greenery will be gone. We are going to go out today and tomorrow to cut the last bits of anything edible - bring in the brussel sprouts, dehydrate the rest of the parsley, cut all the last bits of chives and swiss chard and nasturtiums, and pluck those last sugary sweet raspberries. I also like to leave some things for the winter rather than rip everything out - they look lovely in the snow, and give the wildlife a few things to nibble on as it gets colder. 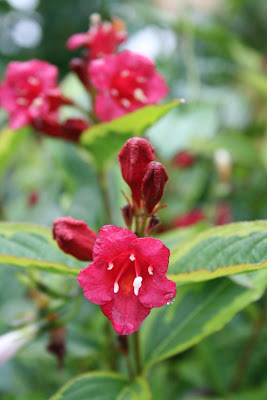 I do have one last spot where we are growing leeks, radishes, and spinach - which we will grow and pick as long as possible...just to give us that last hurrah of the garden. 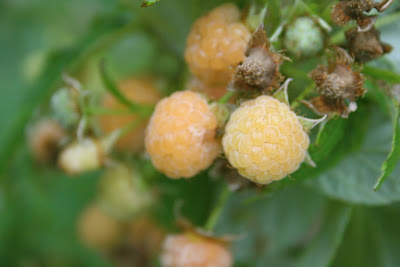 While I know we won't get much (if any) snow, we often do get flurries at least once by Halloween. The boys are very excited and have been looking to the weather forecast to be sure they haven't yet changed their prediction. If we get any little flurries they will be greeted with open arms as we once again spin on this big rock into the next season. 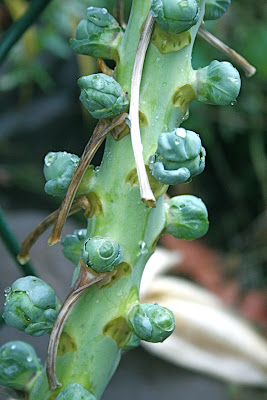 Your photos are lovely, and I always love reading about what's going on i your garden.

beautiful photos. what an amazing garden you have.
just out of curiousity, what are you going to leave for the winter?

oh, and one more question, where did you learn your gardening skills. because you've got mad skills!

ladybug-zen. thanks - i learn by trial and error, mostly. i lived so many years in urban areas without ANY yard or growing space, so when we finally got this house, even though our yard is tiny, i just started growing everything i could. i read a lot too - which is how i learned how to do seed starting inside, propogate, companion plant, and save seeds. i have a LOT to learn still. but that is the fun of it. :)

for winter i plan to leave a few things that just look colorful and that i think will look nice in the snow (i like interesting shapes ;)) as well as a few things that will provide some food and shelter for winter animals/birds passing through. things like ornamental cabbage, a regular cabbage or two, some lemon balm bushes, some mint, sunflowers which the birds haven't eaten yet, and the tarragon bushes which got too huge this year - and then i don't deadhead *all* of the flowers or vines. i like all the shapes and textures from it all...until there are drifts up to our necks and nothing can be seen anymore! i of course also leave the bushes, and i like all the millet the chipmunk 'planted', so will leave that for the rabbits! :)

I have been meaning to get out to the garden to pick the last of the herbs, especially the tender rosemary and basil.

Other than herbs, there's not much going on in my garden. Unless you count LEAVES!

Lovely photos as always, Denise. Your urban (suburban?) garden is an inspiration. Thanks for sharing your stories and wisdom with us.

It's so surreal to see that everyone else is still in the throws of a colorful fall! We're under 4 inches of snow and it will be here, plus MUCH more, until spring!
BEAUTIFUL pics!